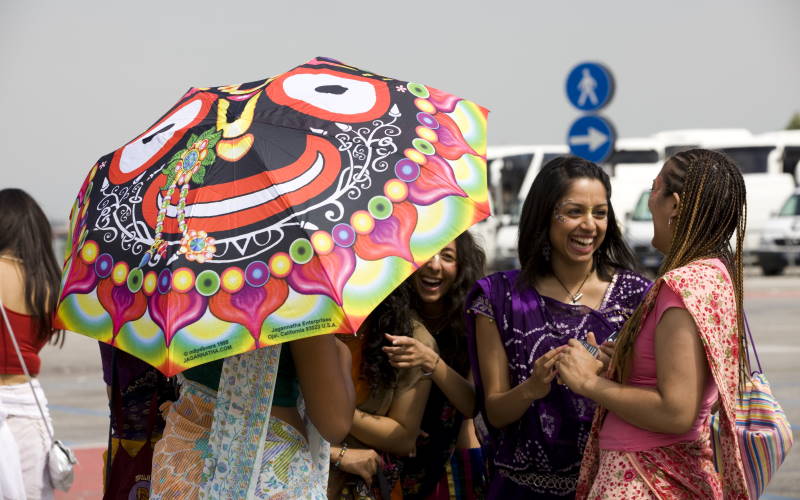 Here is a photograph of my grandfather. He is standing in the middle of the top row, framed by the tent opening, with some of his fellow soldiers of the Gloucestershire Regiment. The camp is Salisbury Plain in Wiltshire, England, in 1908.

By the time this picture was taken he’d already travelled the world more than many men of his generation. It was an exciting life. Stationed in Allahabad, India, in 1899, he’d swum in the Ganges, visited temples, and eaten lots of Indian food. He was certainly the first person in my family tree to visit a temple. Then came the war in South Africa. He and his friends sailed from Calcutta all the way to Africa where, just two months later, he was captured and, as a prisoner of war, although he was desperately hungry, was spared the fate of many of his friends.

A few years after this photo was taken, when everyone else was being transported off to the trenches of Flanders and the horrors of the First World War, he could not go because he came down with a disease he’d picked up in India: malaria. I now write this blog thanks to a tiny mosquito that landed on him all those years ago.

But the purpose of this blog is not to tell you about my grandfather, although what happened to him in later life would make a good story. I just want this picture to act as a focus for something the British Army – and all other armed forces – do quite well. Its a principle of organisation that would help ISKCON if it was universally applied.

Soldiers are grouped together as a platoon or troop, under the command of a second lieutenant. The number of men in this fundamental unit varies but is around 8-10. Three of these units are then grouped together as another unit then three of those and so on until a full regiment number is reached.
Men and women in pressured situations who need to act as a team must have relationships of trust between themselves; must have good communication, and must be able to respond quickly. Having such a small group makes this possible.

In fact, living and working in a smallish group makes a lot of things possible that you just can’t do with a crowd. When Srila Prabhupada was answering questions on community life, a follower asked him how many families made up a ‘Vedic village.’ “15” he replied.

The number 15 just happens to be the magic number for the American Psychological Association. It is, they say, the maximum number of meaningful relationships an average individual can have without a friendship degrading into a ‘casual acquaintance.’

In 1976 I quite clearly remember reading the residential figures for the ISKCON temples around the world. The figures were printed in the Sankirtan Newsletter and temples were graded according to their number of residents. Although there were large communities like London, New York, Chicago, and Los Angeles, the average temple, which was usually one quite large suburban house, was 9-15. Devotees from that period testify that there was a ‘family spirit’ in the movement in those days, and I can’t help thinking it had something to do with numbers and the relationships they allowed.

When Moses was leading the Israelites across the desert the large crowd of thousands was divided into small groups of ten. Moses led ten leaders, who led ten leaders each, who led ten, and so on. It made communication easier, and kept their spirits up.

When devotees all lived together in one house it was relatively easy to get up in the morning, have kirtan, chant rounds – and it was certainly easier to eat. Latest figures indicate that in 2007, some thirty years later, a greater majority of ISKCON’s members do not share a residence with 14 others, have never lived like that, and have no intentions of doing so in the near future.

Whilst such expansion of a spiritual movement is to be applauded, it needs to be accompanied by additional systems and structures which serves the spiritual needs of its members. If it doesn’t then, like other organisations, the chart of ISKCON’s success may simply create a bell-curve which begins a gentle decline proportionate to unmet needs.

I have said this before but I will say it again. The disciple-guru relationship does not provide all the necessary ingredients to sustain spiritual life. For this reason Srila Prabhupada created ‘intentional communities’ that were the ISKCON centres. They weren’t there just so his early followers could preach to people; they were there so the early followers could have a spiritual life, supported and nurtured by the practise of their fellow devotees. Unfortunately, most disciples do not live like that any more. Thats why the ‘small group’ is so vitally important. It’s not only for beginners, its for those who seriously want to sustain their spiritual life.

We probably all know one or two ISKCON gurus who, with over 500 disciples have, on occasion, forgotten disciples names, personal circumstances, or just didn’t get to hear about their spiritual struggles until it was too late. The 1-500 ratio does not always make for effective communication, support, confidential discussion, relevant advice, and regular personal encouragement.

What devotees say they need, consistently, and have been saying for years, is more opportunities for the type of friendships that can only be achieved with small groups of supportive friends, and at least one spiritual guide/adviser who they trust. Although everyone can become initiated by anyone who they feel inspires them, we can no longer indicate to them, directly or indirectly, that such a relationship will provide everything they need.

Certainly for sustaining our members – and for members now read ‘congregational members’ (translation: Vaishnavas of independent finance and residence) which is far more important than merely initiating them, we must be able to answer the following questions:

Here at Bhaktivedanta Manor we felt that it was so important to ensure these things were in place, that five years ago we began ensuring that they were in place before initiation of new aspirants. Now we only offer recommendation for initiation when the aspirant have a good group of supportive friends whom he/she meets with regularly; when a relationship with a mentor/counsellor has been established; and when the aspirant is part of a regular small group meeting for kirtan, class and service discussion.

Two weeks ago 26 devotees became initiated, and just yesterday we held a meeting of 45 ‘mentors’ who each have named individuals in their care.
I’m not saying in this blog that the hierarchical model – though occurring throughout nature – is the only structure that can support this system of spiritual tuition and coaching; and neither am I suggesting that military discipline be brought to bear in modern ISKCON – though Srila Prabhupada did not necessarily disapprove of such a culture. But effective systems, solid structures, clear lines of communications and expectations, and responsible volunteers for all that needs to be done, are vitally important when you are dealing with people’s lives. And Vaishnavas on their path back to Godhead are very special people.